The Ballad of the Broken-Down Cars

I didn't want to get on here and complain, so I haven't said anything on Facebook or anywhere else, but my life has been SO ridiculous this week that it's just downright funny now! So I just had to share.

The short story? Hubby in Africa, both vehicles break down, internet goes out, stranded twice.

MONDAY - Lonny flies to Malawi, nearly misses his flight, then the last leg is delayed and he spends the night in the airport in Nairobi. But he finally arrives safely - yay!

TUESDAY - Our 1999 Cadillac Seville overheats just driving a few miles to Santaquin, even though the coolant was filled before the very short trip. We decide not to drive it anymore until my brother-in-law, Lyle﻿, (who is my hero when Lonny is gone!) can check it out for me.

WEDNESDAY night - Our 2002 Chevy Express Van's battery light starts glowing. I've never seen it happen, so I ask Lyle about it and he agrees to look at it when he comes over Friday. Also, our internet starts having issues, so we have on/off internet & phone all day. This continues throughout the week. Lonny's having internet issues too, so no communication with him in Africa.


THURSDAY- I drive the van to Payson to take Joshua﻿ and Katilyn﻿ to school, but the van randomly dies as we're going through West Mountain (a very rural area.) My daughter Jessica﻿ comes to rescue me in her roommate Stephanie﻿'s car. We jump-start the van and I take it over to Auto Zone and have the battery tested - it's fine. The van drives perfectly for the rest of the drive home, but the battery light comes on again when we get to Kiegly Quarry. I start suspecting that the battery's not recharging itself. I decide to not drive either vehicle again until Lyle looks at them. Thank goodness I work from home!

FRIDAY - Lyle comes over and looks at both vehicles. He takes one look at the puddle under the car, and decides that the car's radiator is likely past a simple fix. We will probably need a new one. As far as the van, the battery is fine, just as the Auto Zone guy said, so Lyle suspects the alternator. But since it is buried in the small van hood under other components of the engine, it would take him several days to get to it without the proper equipment. A mechanic will be needed.

SATURDAY - Lonny finally gets an email through to me, telling me that if it's the alternator, we should be okay driving the van to Payson & back as long as we put the charger on it at night to make sure it's 100% full. Luckily I don't have to test the theory, because my son Joseph﻿ has come from Provo to visit for the weekend. We are able to get around in his car Saturday and Sunday, and we take the car to 4-C auto to have the radiator looked at. PLUS Joseph gets the internet working again! YAY for smart kids!

SUNDAY - Eventless! YAY! (Day of rest I guess?) hahaha! Joseph puts the charger on the van battery Sunday afternoon, so we should be fine for a few days until the car is fixed. (Famous last words. . . )

TODAY - Christianna heads over to Payson about an hour ago to pick up Josh from school. And guess what happens? She breaks down on the side of the freeway about a half-mile south of the Payson/Walmart exit. I have no vehicle to go rescue her. I try to reach Jessica, to no avail. Then I call Lorene Moore (my other hero!) and her amazing hubby & son-in-law go to rescue my daughter! They take the van to 4-C Auto for me, and I call Tony (the owner-mechanic) to let him know that our van is coming in too. He says he will look at both and let me know which will be the easier fix so I can have a car ASAP. Lorene brings the kids home. And I sit here blogging about it. WHEW!

SERIOUSLY?!?
I just re-read this whole thing and I can't believe I'm just sitting here laughing! But what choice do I have? I could be grumpy and depressed, or angry and resentful that I can't get a new car right now. But what good would that do?

I choose to laugh!

“Everything will be okay in the end. If it's not okay, it's not the end.” ― John Lennon


“Anyone who imagines that bliss is normal is going to waste a lot of time running around shouting that he’s been robbed. The fact is that most putts don’t drop, most beef is tough, most children grow up to just be people, most successful marriages require a high degree of mutual toleration, most jobs are more often dull than otherwise. Life is like an old time rail journey…delays…sidetracks, smoke, dust, cinders and jolts, interspersed only occasionally by beautiful vistas and thrilling burst of speed. The trick is to thank the Lord for letting you have the ride.” ― Gordon B. Hinckley 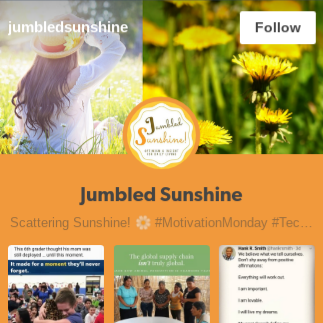